Ogundiran is a transdisciplinary scholar of Africana Studies. His scholarship broadly focuses on the topics of African history, culture, religion, heritage, and modernity. In particular, he investigates the impacts of global sociopolitical and economic processes on local communities in Africa and the African Diaspora. Ogundiran is currently leading a research project on the political economy and settlement ecology of Oyo Empire, one of Africa's largest political formations in the Early Modern Period (1575-1830). Ogundiran has received support for his research from the Social Science Research Council, Wenner-Gren Foundation for Anthropological Research, National Endowment for the Humanities, Dumbarton Oaks, Carnegie Foundation, National Humanities Center, and the American Philosophical Society, among others. He is author/editor/co-editor of several books and articles, including "Materialities of Ritual in the Black Atlantic" (Indiana University Press, 2014) which won a Choice Outstanding Academic Title for 2015.

He has also appeared in the African Archaeological Review, American Historical Review, Journal of World Prehistory, International Journal of African Historical Studies, International Journal of Cultural Property, English Historical Review, and Economic Anthropology, among others. Ogundiran has advised local communities and international institutions such as the World Bank on cultural heritage and public archaeology issues. He also initiated the Africa-in-Schools program in Charlotte and has supported several community revitalizing efforts such as the preservation of the Old Westview Cemetery in Wadesboro, N.C. He has received awards for excellence in teaching, research, and service, including a Certificate of Special United States Congressional Recognition for Excellence in Service (2007).

He was a Yip Fellow at the University of Cambridge in 2018. That same year, Nigeria's Centre for Black Culture and International Understanding, an affiliate of UNESCO, presented him with its Award of Excellence. He earned his Ph.D. in archaeological studies from Boston University 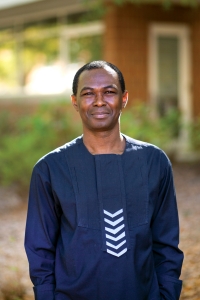