As Andrew James Hartley, Ph.D., he is the Russell Robinson Distinguished Professor of Shakespeare Studies, specializing in performance theory and practice. He is the author of various scholarly books including "The Shakespearean Dramaturg," "Shakespeare and Political Theatre," a performance history of Julius Caesar, essay collections on Shakespeare on the University stage and "Shakespeare in Millennial Fiction" for Cambridge University Press, and numerous articles and book chapters on staging Renaissance drama. Hartley is currently working with Peter Holland of Notre Dame on a book on Shakespeare and geek culture and has recently committed to editing Julius Caesar for the Arden 4th series. He was the editor of the performance journal Shakespeare Bulletin for Johns Hopkins University Press for a decade, was resident dramaturg for Georgia Shakespeare and is an honorary fellow of the University of Central Lancashire, United Kingdom. In the University's Theatre Department, he regularly works as a director and dramaturg on Shakespeare productions, and heads the Shakespeare in Action initiative, which brings guest speakers to campus and helps fund visiting theatre companies and student scholarships for the annual study abroad trip to London and Stratford Upon Avon. In addition to teaching Shakespeare-related classes, he teaches occasional creative writing courses for the English Department.

As A.J. Hartley, he is the international and N.Y. Times bestselling author of 20 novels in various genres for adults and younger readers. "Steeplejack" was released by Tor Teen in June 2016 and won several awards including the Manly Wade Wellman Award and the International Thriller Writer’s YA (young adult) Award, and it was named to Kirkus’s Best Teen Reads list and the ALA’s best YA books list. It was followed by "Firebrand" in 2017, which, like its predecessor, was nominated for a Dragon Award. His other YA series, Cathedrals of Glass, is part of a special partnership with Tom DeLonge of Blink 182 and Angels and Airwaves, with whom he is writing the adult scifi series, Sekret Machines. In 2018, there was the publication of the second book in that series ("A Fire Within"), the second Cathedrals of Glass book ("Valkrys Wakes'), the third Steeplejack book ("Guardian'), a YA stand-alone novel grounded in the ghost stories of his childhood called "Cold Bath Street," and an adult thriller, "Lies That Bind Us." (published under the pseudonym Andrew Hart).

Earlier novels include the mystery/thrillers "The Mask of Atreus," "On the Fifth Day," "What Time Devours" and "Tears of the Jaguar" and the young adult fantasy adventures "Act of Will" and "Will Power." The first of his Darwen Arkwright children’s fantasy trilogy ("Darwen Arkwright and the Peregrine Pact") was published by Penguin/Razorbill in 2011 and won SIBA’s Best YA Novel of 2012. With David Hewson, he has co-written two adaptations of Shakespeare plays as epic thrillers: "Macbeth, a Novel" (audio edition voiced by Alan Cumming) and "Hamlet, Prince of Denmark, a Novel" (the audio book, performed by Richard Armitage, was named Audible’s book of the year for 2014). 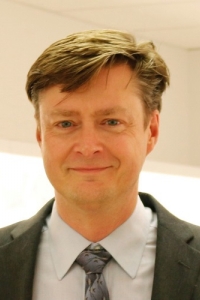